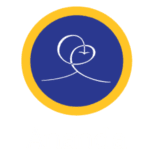 Windows on the World – Digital

The songs in this album are global in scope, inspired by the cultures of nine different countries throughout the East and West.

The songs in this album are global in scope: inspirations the composer felt while living in, or visiting, nine different countries:

Scotland, Romania, Ireland, England, Italy, Israel, India, The United States of America, and Egypt. “The world is one,” he writes, “though the

languages and characteristics of its peoples vary widely. The common thread in these songs is the fact that it was I who ‘filtered’ those

inspirations. It would be misleading to say that I wrote them. I merely asked for the words and music, and then listened. This album is a

selection of what I heard.”

Of this album he also writes, “Some of these songs are cheerful, some of them very serious, and some of them were born of deep pain.

All were born of a lifetime of doing my best to love God worthily, to serve Him, and to bring to other people whatever inspiration I

felt in that love and service.”